US Government want to replace LIBOR

A body set up by US Government called AARC (Alternative Reference Rate Committee) want to replace LIBOR with a new broad Treasuries repo rate. The new method will work according to an article in Business Insider by reflecting how much it costs to borrow cash secured against US government debts.

The ARRC is a group of private-market participants convened by official sector agencies to identify a set of alternative U.S. dollar reference interest rates and to identify an adoption plan with means to facilitate the acceptance and use of these alternative reference rates.

The Alternative Reference Rates Committee (ARRC) has identified a broad
Treasuries repo financing rate, which the Federal Reserve Bank of New York has proposed publishing in cooperation with the Office of Financial Research, as the rate that, in its consensus view, represents best practice for use in certain new U.S. dollar derivatives and other financial contracts. More info

Two months earlier Bank of England recommended to use sterlign derivates as an alternative to Libor. Sonia which stnds for Sterling Overnight Index Avarage is approved by Goldman & Sachs, Barclays and Deutsche Bank. 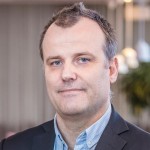